A funny thing happens when a person reaches a degree of recognition and potential influence:

Some people tell them to shut up.

Rick Steves (I assume you know who he is) is world-famous. He’s also very outspoken on his political beliefs. And every time he talks politics, some people tell him: “Rick, stick to travel.” In fact, he just posted about that today.

Everyone who intentionally has a public persona at some point has to make a decision: Do I stick to (travel, writing books, singing, acting, whatever)? Or do I voice my opinion when I’m feeling compelled to do so?

While I would hardly say I have any public recognition at this point, I definitely, consciously thought about this. I have beliefs that on occasion might conflict with others’ beliefs. Do I stay safe in an inoffensive bubble, saying nothing? Or do I risk alienating some people by saying what I think?

Ultimately, for me, the answer was the latter.

My decision was based on the fact that I am a whole person; I am not my books or my writing or anything other than a human being. Therefore, I’m entitled, as anyone else is, to have an opinion. Having a public persona does not mean I have to leave all my opinions at the front door.

But I see it all the time: people telling celebrities that they are not allowed to have a voice. “Stick to travel (or acting or writing or singing or whatever).”

What they’re really saying is, “I disagree with you, and that makes me uncomfortable, so I want you to shut up.”

There’s that quote by Beatrice Evelyn Hall (often attributed to Voltaire): “I disapprove of what you say, but I will defend to the death your right to say it.”

These days, we’ve become a culture of “I may not agree with what you’re saying, and if that’s the case then I have the right to insist that you not say anything at all.”

But that’s not so. Rick Steves has every right to say what he wants to say, as do I, as do you, as does your favorite celebrity with whom you disagree. Telling someone to “stick to travel” (or writing or singing or acting or whatever) is completely disrespectful of that person’s right to complete personhood, their right not to be defined by the work by which you know them.

Like the song says: Say what you want to say.

And grant others the same right as well. Even if it’s difficult. Even if you disagree. Even if it’s hard to hear or to be confronted with ideas that are different from yours. Be respectful, be honest, and be open. But let’s say what needs to be said.

Democracy is not easy. It’s messy and it’s frustrating, but it’s the best we have. 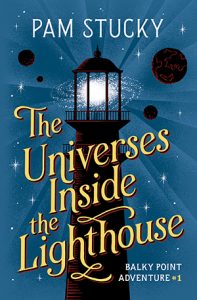