A while back, when I was doing my A Place to Call Home interviews (with Marta Dusseldorp, Noni Hazlehurst, and Marta again), a gentleman named Chad who works with Acorn TV, the US home of A Place to Call Home, got in touch with me. Since then, he has become my long-distance BFF, a couple of times a year sending me updates on Acorn’s new offerings. (One of these days I’ll write a review of Agatha Raisin, which I watched with my mom. Quick review: it’s a fun, sassy, slightly slapstick show about an unlikely amateur sleuth solving murders in a quintessentially quaint English village. Watching it has been a great way to spend mother-daughter time. We’re making plans to watch the new season together. Stay tuned!)

Anyway, I digress. Recently my BFF Chad sent me an email about the latest Acorn shows, and one called Finding Joy caught my eye:

Amy Huberman (Striking Out, The Clinic) created, wrote, and stars in this quirky, life-affirming Irish comedy. Orderly, structured Joy is dealing with a messy breakup when a new work assignment forces her to look for happiness in the most unusual places. “Huberman has warm, almost effortless likeability in spades” —Independent (Ireland). Co-starring acclaimed Irish comedian Aisling Bea.

I decided to give it a go. I’ll admit that one great selling point for me was that the whole season was only six half-hour episodes. About 700 years ago I started “binging” (does “binging” apply if it’s taken 700 years??) Midsomer Murders. I think I only have 45 seasons left to go. Please send help.

Here’s the thing about any first episode of any show, or the opening lines of a book, or the first part of anything: it can take a bit for a show or book or anything to find its stride. As I watched the opening minutes of Finding Joy, it felt a bit like it was trying too hard and I was worried I’d be disappointed. But Amy Huberman, creator and star, is instantly likable, so I stuck with it. My efforts were rewarded. The show dives into the post-breakup life of Joy (Amy) from “Human Aidan” (as opposed to her dog, “Canine Aidan”). As a replacement personality for a show-within-the-show called The Happy Hunter, Joy goes on various adventures in search of happiness. While the situations are a bit outlandish, the personal insights Joy discovers feel real and relatable—without resorting to schmaltziness. While such a premise could easily slip into cliche, Finding Joy manages, most of the time, to find the right balance between humor, honesty, and heart. It is possible that the last episode even brought a tear to my eye.

Canine Aidan talks at the beginning and end of each episode, which feels a bit gimmicky. And the last episode ends on a cliffhanger, which is just unnecessary in my opinion. If I like a show I’ll watch again. If I don’t, I won’t. Cliffhangers are just annoying. Writers, are you listening?

The show definitely has some risqué humor, so if that’s not your thing, consider yourself warned. And don’t worry, the fart jokes end after episode one.

I think, actually, that anyone who likes my Wishing Rock books (Letters from Wishing Rock, The Wishing Rock Theory of Life, The Tides of Wishing Rock) would love Finding Joy (and vice versa). (Yes, they’re my first books and sometimes make me cringe in places, but I like to think they share the wit, wisdom, and heart of Finding Joy.)

As the virtual world expands to compete with reality, it often feels like everyone else has found the key to happiness in a way that eludes some thirty somethings, leading to a perfect storm of existential torture. Finding Joy explores the amusing ways to seek happiness and fulfillment in these modern digital times by following 34-year-old Joy (Huberman), who is just trying to get on with her life after a recent break up from her long-term boyfriend, Aidan (O’Mearain). While she is struggling to keep up a cheerful and “in control” veneer, the cracks are starting to show. Meanwhile, her lowkey job as copy editor for a lifestyle site is uprooted as she takes over their lead lifestyle vlog, which forces Joy to try a wide variety of activities that purport to be access points to happiness and personal fulfilment. And while her style is far from slick, her vulnerability and naïve reporting style strike an honest note with her audience and Joy finds herself breaking out of her safe world in a way she never dreamed possible. 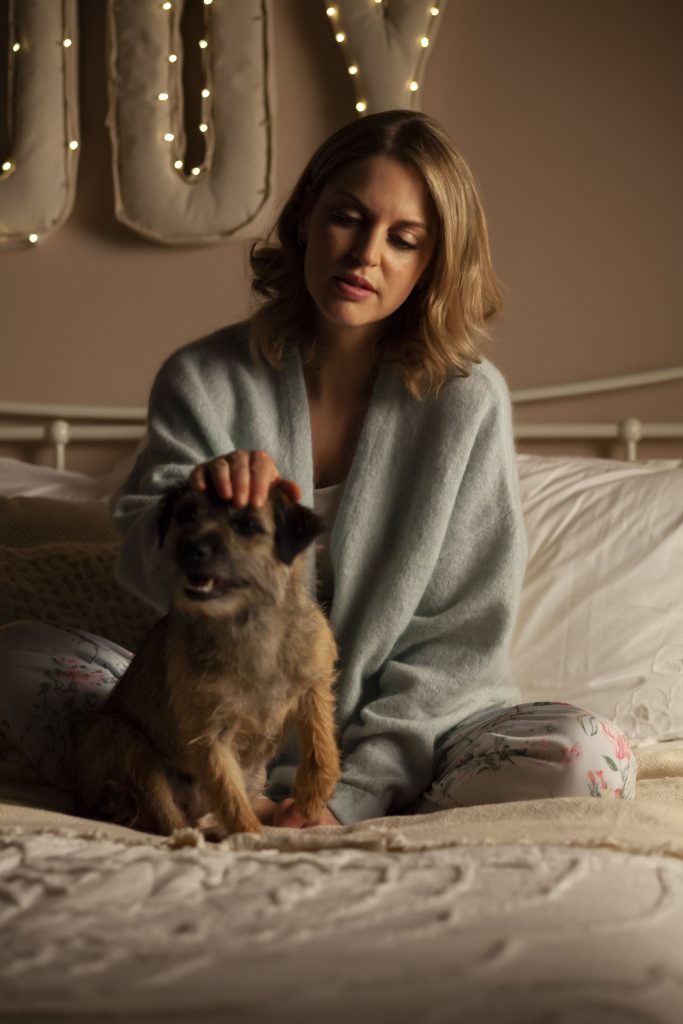